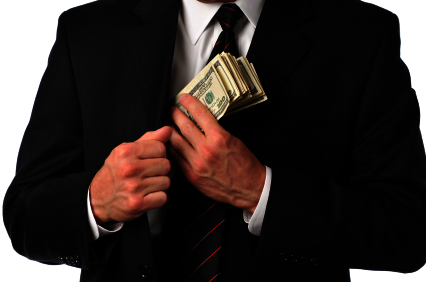 Theft at work cost employers a lot of money. This can result in a lost of revenue, low staff morale and employing more workers.

Theft at work can occur at anytime and at any workplace without the employer being aware. Theft in the workplace in whatever manner can be a challenge for employers to manage because employers may not have the time, experience and resources required to manage workplace theft.

If you suspect that an employee is stealing from you contact one of our Private Investigators at Investigative Solutions.

4 Reasons why employers do not report Workplace Theft

But why would anyone want to steal from you? Don’t people think you’re a nice person?

Not him. He doesn’t show it, but he thinks you’re kind of a jerk. He thinks you’re too demanding and that you don’t treat him with the respect that he deserves. He thinks he’s underpaid and overworked. He thinks you’re clearly making the big bucks, driving around in that new, expensive car and mysteriously disappearing for “business meetings.” He’s got a family and expenses to consider too.  Yeah, he thinks he has every right to steal from you. And you will probably not even notice. He’s got some tricks up his sleeve to put a few extra bucks in his pocket.

He may collude with a fellow employee.  If he’s frustrated, then maybe someone else is too. He’s going to try and find someone a little higher up on the food chain, someone who has authority to approve expenses. They’ll create a fake supplier — a little shell company equally owned by both of them. Then they’ll fabricate a few invoices and write checks to that company and split the money — your money.

He may make a deal with a vendor.  If he’s got buying privileges, then he may offer to steer more purchases to a certain vendor — in exchange for some prizes. Maybe a cash kickback, gift cards  or special “thank-you’s” such as paid-for trips or furniture. The vendor can charge a little more (who’s going to know?) and then share the additional amount with him. No harm, no foul.

He may selflessly undertake more “duties.” If he’s in a financial position at your company, he may offer to do more work, such as the invoicing, cash collection, depositing and even the bank reconciliation  if you let him get away with that too. He’ll want to convince you that segregating these duties will cost you more and be a waste of time. Then he can go to town: create fake transactions, record them, take the cash and then delete the whole trail without anyone ever knowing. Sweet — for him, at least.

He may stay later than others. After everyone has gone home and the building has cleared, he can take a little walk around — with a bag. There are always plenty of goodies: office supplies, petty cash, inventory left lying around or sitting in an unlocked cage. He’ll bring his pick up truck around the back and, little by little, haul away the goods. Maybe you’ll see them on eBay or Craigslist.

He may just grab a few cheques. Even in this age of more secure on line banking, you (like so many other business owners) may still want to control your cheque signing. The cheque  aren’t locked up, and no one’s keeping a close eye on them. He can just take a few from the middle of the pile, and he’s become pretty good at forging your signature too. So he’ll open up bank accounts or shell companies in similar names to your vendors or contractors or just make a cheque out to cash. If he’s also doing the bank reconciliation, no one will ever notice.

He may never take a vacation. He’ll demonstrate what a hard worker he is by never taking time off. He’ll insist to you that he doesn’t need it, that his work is his joy. Baloney. Don’t buy into this line. And don’t think he’s overly-dedicated to your business. If he never takes any vacation then his activities can go unnoticed by the substitute person who has to do his duties while he’s away. No one will need to ask questions or wonder why certain things are being done in a strange way. He doesn’t want anyone to know that.

You don’t run a non-profit, do you?  Non-profits are more susceptible to theft and fraud than any other type of business. That’s because most have less money to invest in the right kinds of internal controls and financial people to implement those controls. Many are run by dreamers and do-gooders who don’t often see the benefit of implementing these internal controls because they actually believe that everyone in the world is as giving and selfless as they are. Is that you? Plus, non-profits are often-times loathe to admit that they lost a donor’s money. And some donors to certain non-profits wish to not even be identified, so let’s just keep it hush-hush shall we?